Hi! Click one of our agents below and we will get back to you as soon as possible.

The curve obtained of the accumulated cost is the Planned Value (PV), also known as "Baseline" and is the reference for the cost performance for the whole project. 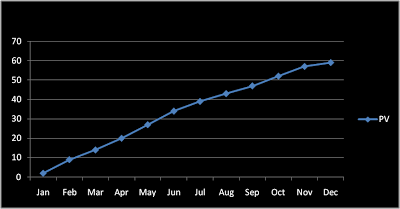