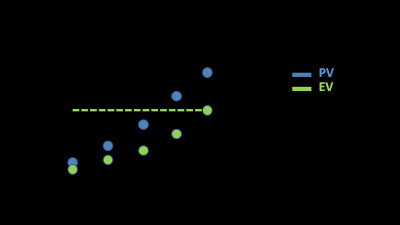 Theoretically the described problem doesn't exist. In theory, PV and EV have the same values or mathematically: they have the same range, because both are formed by the sum of the same increments that came from the same WBS, the same activities and the same measurement methods. Nevertheless, in practice, the measurement of EV and PV often have different range with disjointed discrete values. What can we do in this case?. The answer is simple: interpolate. 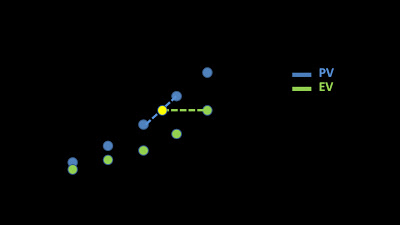 This is a good and practical approximation to ES that I widely recommend.